Anne with an ‘E’ is wonderfully inspiring

I have been perusing my musings for this one. Anne with an ‘E’ is the new trending series from Netflix, adapted from the classic tale Anne of Green Gables. I would like to start this review prefacing the fact that I have neither read the book or watch the 1985 adaptation. So I went into this series completely blind. In fact the only hook for me was the stunning poster image. Apart from that I knew nothing.

From the very first episode my eyes had been opened to the world of Anne Shirley, or rather the now Anne Shirley Cuthbert. The first episode is an hour and thirty minutes special. Do not fret the rest of the episodes are only an hour long. However I do wish they were all as long as the first, I could watch this show forever and ever. Watching Anne’s journey unfurl is captivating. At first I thought that I wasn’t going to like this preppy, linguistic child. I’ll hold my hands up I found her a little annoying. I was on the side of Marilla, she needed to hold her tongue. But oh my how glad I am that she did not. I think the moment I fell for this sparkling child was the moment she stood up to Rachel (Mrs Lynde).

The Lessons That You Can Learn From Anne

I think Anne is the perfect role model for girls. She may worry about the way she looks and the way she acts but she is not going to change. She doesn’t want to change. Unless she wants to change for herself then she will not be budged. Anne is the red haired, skinny, smart, beautiful, funny, brave icon that girls should be aspiring to be like. Of course she has her flaws, she can sometimes talk too much but she knows that. And she was a little insensitive to gilbert but she apologised the moment she realised she had done wrong.

Here are just a few lessons I think that we could all learn from Anne:-

The Unspoken Hero of Anne with an ‘E’

My absolute hero of this tale has to be Matthew Cuthbert. He is a man of few words but says everything he needs to and wants to with a look. You can tell that he adores Anne. When he timidly puts it to Marilla that they could keep her. He is so shy but unbelievable bold. Working hard and saying very little, he keeps his head down. When he chases Anne across the country to bring her home, it is a truly tear-jerking moment when he refers to Anne as his daughter. From that moment on, she was forever a Cuthbert.

I think that he learns a lot from Anne. He learns to speak up for himself a bit more, to take in the beauty of the land, and to be brave. In the final episodes he has extremely touching moments with Marilla, which was lovely to get an insight into their family life. I think for many years the lived for each other, now they both survive for Anne. The moment he tries to take his own life broke me. It showed us just how stressed out he really is, and just how far he would go to make Marilla and Anne’s life, as he would believe, more comfortable. It would have done the very opposite had he gone through with the act.

The Future of Green Gables

Here is what I am hoping for, as somebody who has never read the books or seen any other adaptation. As a stand-alone series, this is what I myself would like to happen. These may seem like obvious observations, but it’s just one opinion. 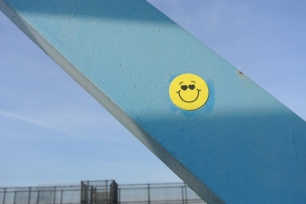